There is no day that passes that we do not engage in one form of conversation or the other. The manner in which we do this either ignites conversation efficiency and efficacy or it makes it unpleasant, chaotic, boring, and uninteresting.  In other words, our words and/or conducts most often make other people feel pissed off and unimportant; hence, making a conversation almost dead. 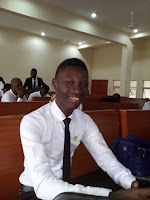 Most frequently, we jettison people’s ideas and, in most cases, do not listen to them at all because of their behaviour, character, or status. So, try not to totally ignore people's ideas and messages basically because their characters seem to contradict them (the messages). It is possible for a bad person to say good words that can effectively cure difficult situations. Practically and according to my opinion, a dummy is truly not one who is not learned about the symbols imprinted on leaves, he is one who sees an obvious truth of relief, but ignorantly and prejudicially ignores it to his detriment.

Also, poking holes in subjective and expressive claims or opinions in an insulting approach does not aid effective conversation. Let the Grice's maxims of conversation be observed stricto sensu. In most argumentative conversations, we almost want to win; and in doing this, we employ ad hominem and straw man. This, of course, does not help the conversation. The essence of every argument is to reach an absolute truth or a more probable truth; it is not a platform to show who is very smart or who is not. Anything outside this is not an argument but a mere quarrel and a shouting match!

In every scenario that is introduced in a conversation, people almost always have something to say. Everyone should be given an opportunity to express his or her distinctive opinions about the present situation. Even when it seems that one is so uneducated and ill-informed to proffer solutions to issues, he still has something to offer which may help the situation.

This, however, does not entitle you to listen to corrupt words of destruction, it does not wholly posit that you give ears to side attractors and confusion creators, and it does not also suggest that we be too naïve to the communication of ideas. It generally emphasizes on valuing other people’s candidly humble opinions in conversations.

So, everyone likes a good atmosphere for effective expression of ideas. Therefore, value other people's opinions, always proffer humble and educative corrections, and be qualitative in your conversations. Use what you have acquired to encourage others; do not use it to make them feel inferior and unimportant.

You Have to Read this: